تغلیظ سولفوریک اسید
Sulfuric acid is an incredibly useful chemical and is readily available in the form of ‘Battery Acid’ used in Lead-Acid batteries (such as those found in automobiles). One can purchase Sulfuric / Battery acid at a very reasonable price at local automotive stores; this acid will usually have a concentration of about 30% to 35% H2SO4 by weight, the remainder being water.

For many applications, 30% H2SO4 will be more than concentrated enough to meet one’s needs, however on occasion one might require a substantially higher concentration of Sulfuric acid. But purchasing concentrated Sulfuric acid can be much more costly and a greater hassle than buying battery acid, so a process which would enable one to concentrate Sulfuric acid oneself can sometimes be a desirable

alternative.
Fortunately, such a process exists and is relatively simple to perform.

Safety is of paramount importance when concentrating Sulfuric Acid.

The concentrating process involves boiling Sulfuric acid to drive the water out of the solution. One should always handle Sulfuric acid with great care, but this is especially true when dealing with hot, concentrated, Sulfuric acid since it has the ability to act as an oxidizing acid. Needless to say, boiling Sulfuric acid is not something one would want to come into contact with due to the extremely corrosive nature of the acid, not to mention the injury incurred by a liquid boiling at several hundred degrees Celsius.
One absolutely must wear proper protective clothing. 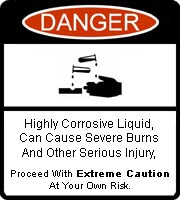 One should only use undamaged, heat-resistant, borosilicate glass containers to boil the acid, such as Pyrex® (or, alternatively, Bomex) brand laboratory glassware. Do not use metal, plastic, or ordinary glass containers as they will not be able to withstand the corrosive nature of the acid or the high temperatures experienced during the boiling process.
A laboratory hot plate is the preferred heat source to boil the acid; an open-flame heat source is strongly discouraged as it places unnecessary stress on the glassware and may cause it to crack.

One would be wise to be prepared for the unfortunate (and hopefully unlikely) event of an accident occurring during the concentrating process, even after taking all the proper precautions. In case of a spill, having a bucket of water and an ample supply of Sodium Bicarbonate (baking soda) handy would be a very good idea in order to dilute and neutralize the acid.

Due to its highly corrosive nature and potential oxidizing properties, Sulfuric acid can be extremely dangerous when not handled responsibly. Always wear proper protective clothing when working around Sulfuric Acid (including, but not limited to, gloves and eye protection), and practice appropriate safety precautions.

Pour the dilute acid to be concentrated into an appropriate boiling container (Pyrex® labware or equivalent) and begin to heat the liquid by gradually increasing the temperature setting on the heating apparatus.

Optionally, one may add boiling stones or other chemically inert objects to the container in order to better facilitate a controlled boiling process. The rough edges of the boiling stones assist in the formation of gas bubbles as molecules make the transition into the vapor phase as the liquid begins to boil. Without this, it is possible for the liquid to become ‘super-heated’ as the liquid’s temperature rises beyond its boiling point. The super-heated state can be easily disturbed and the liquid can suddenly begin to boil vigorously and can potentially boil over or splatter out of the container.

When the acid begins to boil, water (steam) will be the most predominant vapor evolved from the solution. As the water leaves, the Sulfuric acid is left behind in a smaller and more concentrated solution.

After a substantial portion of the water has boiled away, thick, white, fumes of SOx gasses will begin to evolve from the boiling acid.
Depending on the initial concentration and volume of the dilute acid, it may require several hours of boiling in order to reach this stage.

When the boiling acid’s volume falls to about 20% – 25% of its original volume, one may stop boiling the acid and begin to let the liquid cool back down.
Once the acid cools, carefully pour it into an appropriate storage container. Do not leave the cooled acid uncovered too long as Sulfuric acid is hygroscopic and will slowly absorb moisture from the air and dilute itself. 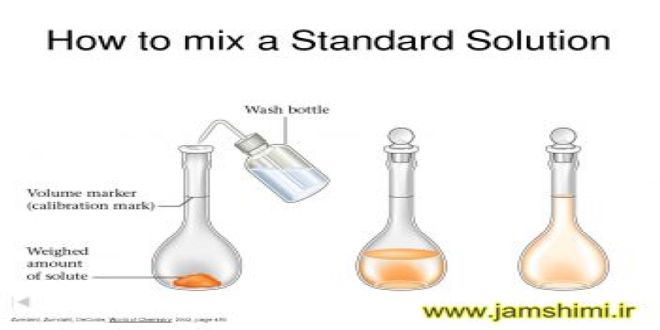 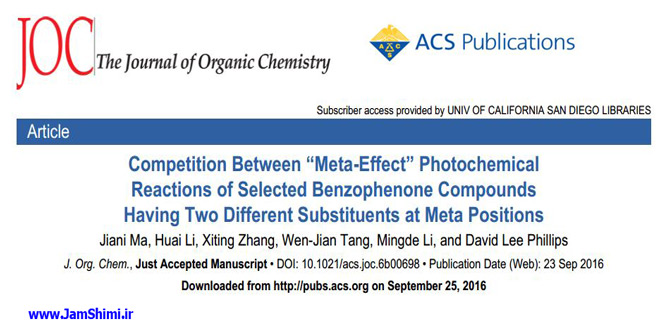